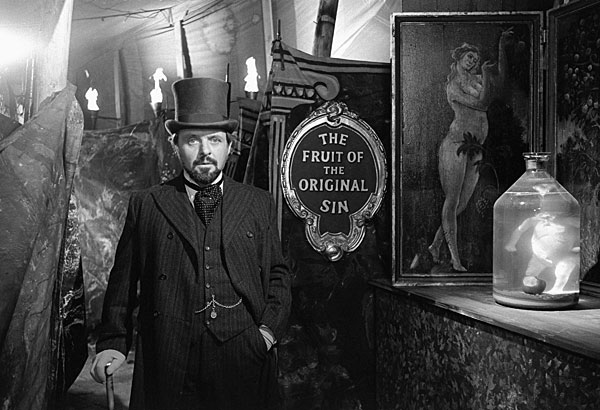 Picture
Sound
Extras
Director David Lynch's film tells of Joseph Merrick, whose terrible deformities to head, limbs, and skin led to him being called the Elephant Man. It begins with Merrick's nightmare of his mother being attacked by elephants—supposedly the cause of Merrick's condition—in smeary, scary, surreal images as disturbing as those from Lynch's earlier fatherhood paranoia party film, Eraserhead.