Dynamic Women of Early Jazz and Classic Blues, Part 1 of 2

Concealed in the shadows of Jazz, Swing and Blues history are dynamic women who nurtured, guided and developed the music.  In this column, several of the most talented and accomplished are profiled: Blanche Calloway — who was the first woman to lead an all-male jazz band — “Empress of the Blues” Bessie Smith; and Ina [...]

The post Dynamic Women of Early Jazz and Classic Blues, Part 1 of 2 appeared first on Dagogo.

Concealed in the shadows of Jazz, Swing and Blues history are dynamic women who nurtured, guided and developed the music.  In this column, several of the most talented and accomplished are profiled: Blanche Calloway — who was the first woman to lead an all-male jazz band — “Empress of the Blues” Bessie Smith; and Ina Rae Hutton, leader of the all-female Melodears Swing orchestra. 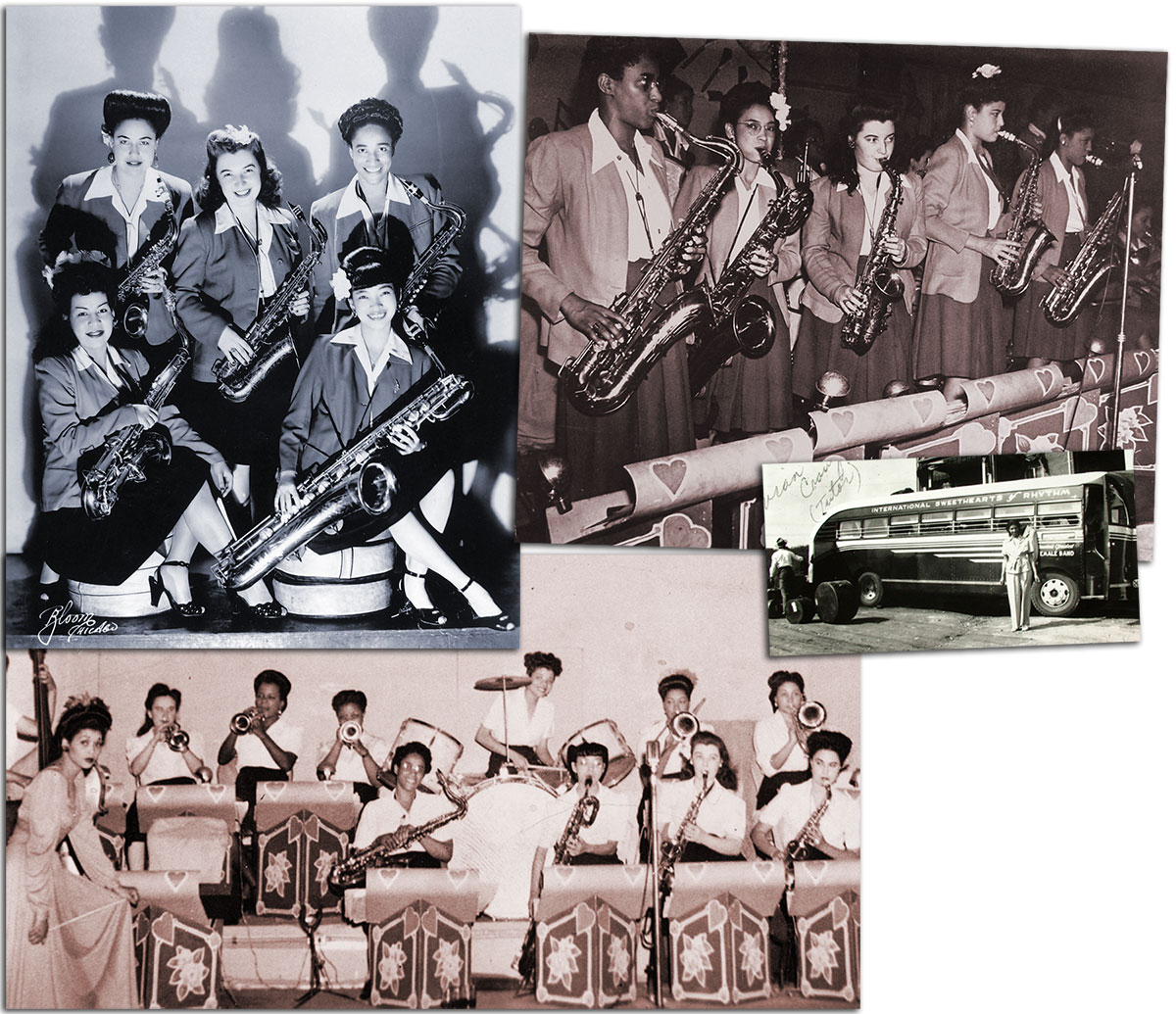 The International Sweethearts of Rhythm. Select images are from Swing Shift by Sherrie Tucker, 2000.

The International Sweethearts of Rhythm

The International Sweethearts of Rhythm (1937-49) was a racially mixed orchestra, the term ‘International’ denoting its diverse ethnic makeup including Hispanic, Asian and Native American women.  It was a hot 16-piece Swing band in the image of the Count Basie Orchestra, evident in their rhythm style, riffing, soloing and the powerful Lester Young-inspired tenor saxophone playing of Viola Burnside.  Among their onstage MCs were vocalist Anna Mae Winburn, who had previously led an all-male band and was a follower of Kansas City blues singer Jimmy Rushing.

The band originated at the Piney Woods School of Mississippi for disadvantaged boys and girls.  As the band matured, it moved to Virginia and began attracting professionals. During World War II, most of the male musicians in the band (and across America) were drafted.  Continuing as the all-female International Sweethearts of Rhythm, they were more successful than before.

The ensemble contained excellent musicians playing tough charts, some written by arranger Eddie Durham of the Basie orchestra who also ran his own all-women Swing band. For the duration of World War II, “girl bands” were a popular and strategic reserve of morale-building, some even sponsored or organized by the US Army.

For a long time, recordings of the International Sweethearts of Rhythm were unavailable.  Most of the extant performances have survived thanks to V-Discs — the patriotic World War II consortium of record labels and music artists producing entertainment for distribution to troops and via Armed Forces Radio.  A signature of that origin remains audible in the live applause (some of it probably canned) and announcers’ attempts to sound “hep to the jive.” 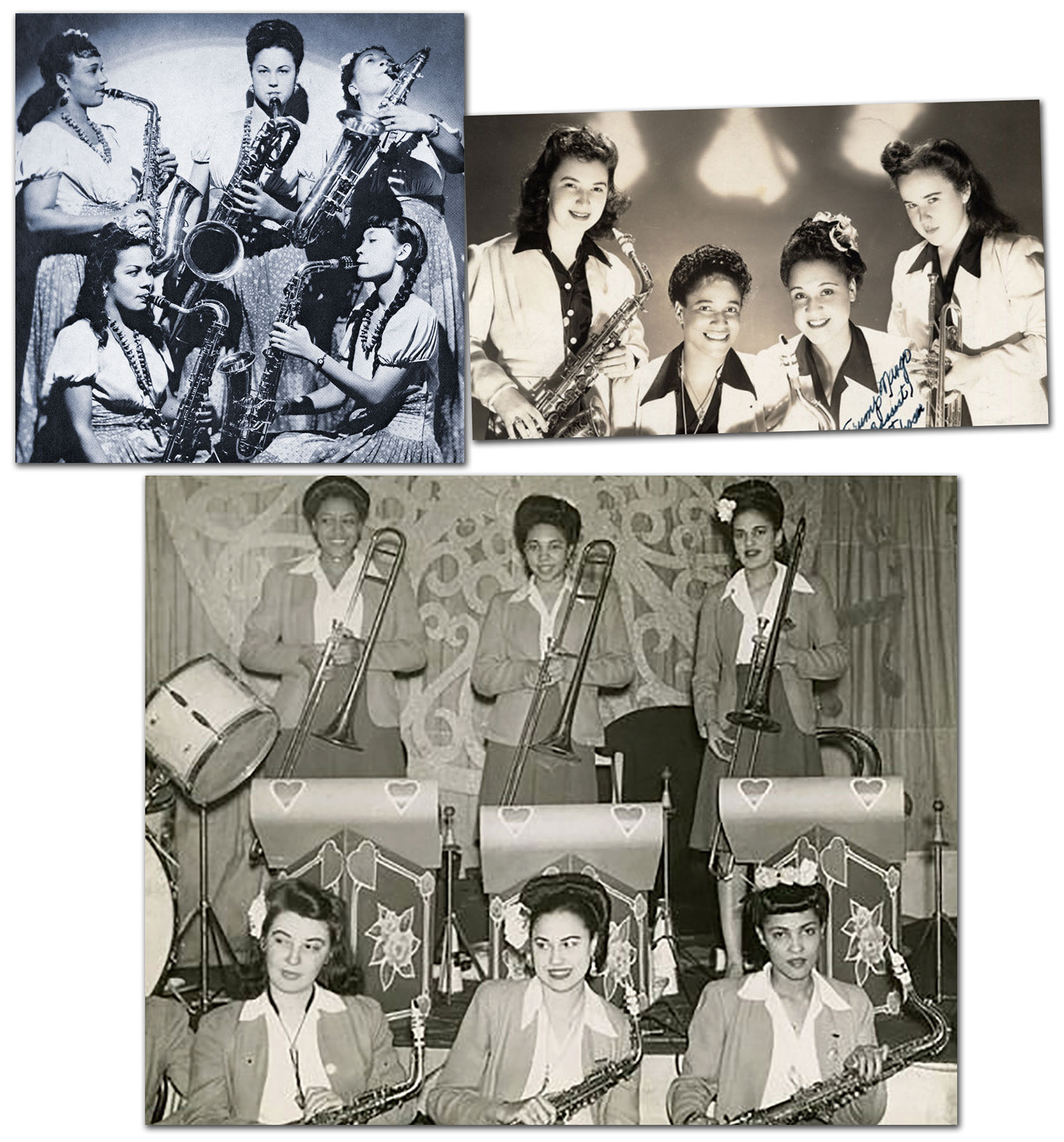 As a mixed-race ensemble often touring in the Southern United States, the Sweethearts were subject to racist local Jim Crow laws imposing vile restrictions.  They experienced harsh limitations on their access to dining, lodging and sanitary public facilities. During their Southern tours the Caucasian girls in the band needed to wear dark makeup on stage to conceal the prohibited mixing of white and non-white women.

Beginning around 1940 the popular orchestra performed at the Apollo Theater in Harlem and across America — once appearing for an audience of 11,000 in Kansas City.  They toured American USO clubs in Europe after World War II in response to overwhelming demand from black soldiers.  The International Sweethearts of Rhythm were a high-water mark for popularity and quality of all-women Swing ensembles.

Blanche Calloway in her early days and with Andy Kirk and his Twelve Clouds of Joy including Mary Lou Williams.

Singer, composer and bandleader Blanche Calloway (1902-1978) is recognized as the first woman to successfully lead an all-male Jazz orchestra under her own name.  Waxing a couple dozen sides, Blanche Calloway and Her Joy Boys were a quite successful regional Midwestern band in the early 1930s.  But she was eclipsed by the superstardom of her much more famous brother Cab Calloway.

Cab borrowed key elements from his elder sister’s act — her bravura vocal style and Hi-de-Ho call and response routines.  His 1976 memoir acknowledges her influence, declaring Blanche “vivacious, lovely, personality plus and a hell of a singer and dancer,” an all-around entertainer who was “fabulous, happy and extroverted.”

Blanche’s 12-piece outfit consisted of personnel often interchangeable with Andy Kirk and The Clouds of Joy, including pianist and arranger Mary Lou Williams, but Calloway split off.  In 1931, she was one of the first to hire young Kansas City tenor saxophonist Ben Webster– heard on “Just a Crazy Song.”  Trombonist Vic Dickenson is featured in “I Need Lovin’.” Both songs were probably arranged by talented trumpet player and arranger Edgar “Puddinghead” Battle, who later wrote for Cab. 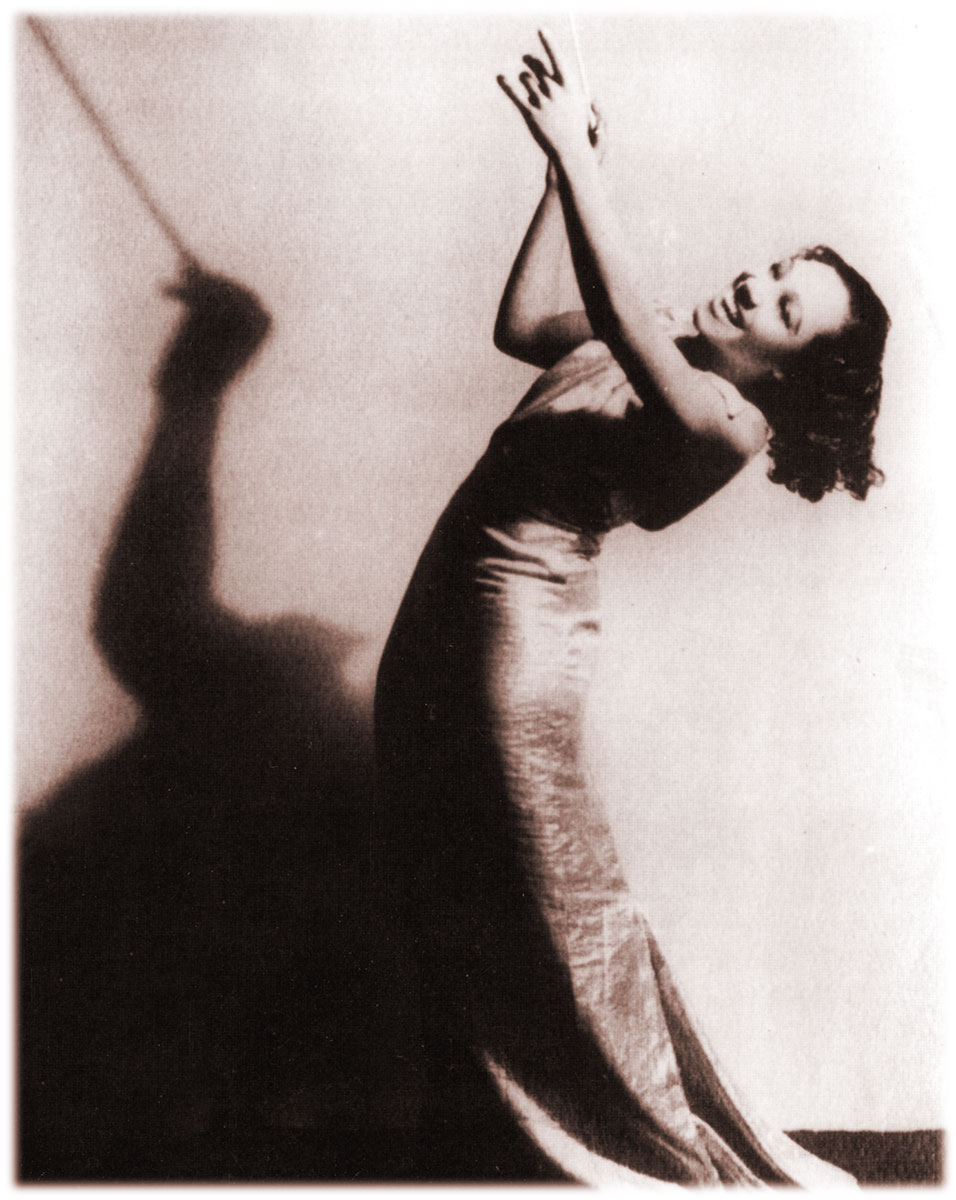 Calloway dropped out of college to enter show business with a Cabaret troupe, subsequently appearing in Sissle and Blake’s “Shuffle Along” and the touring “Plantation Days.”  She was very successful in Chicago during the early 1920s at the prestigious Sunset Café and made a blues record accompanied by cornet player Louis Armstrong.

Though her last official orchestra disbanded in 1938, Calloway ran an all-woman band briefly during World War II.  She remained engaged with the entertainment industry into the 1950s, running bands and representing her protégé, R & B singer Ruth Brown.

Calloway retired to Miami in the 1950s.  Becoming active in civil rights, she was the first black woman to vote in the State of Florida.  In the 1960s Blanche was the only African American female disc jockey on the air in Florida, possibly the entire Southern United States, and ran her own cosmetics company.

Her scintillating 1931 “Growlin’ Dan” contains proto-Minnie the Moocher imagery.  It again shows the deft hand of arranger Edgar Battle and drummer Cozy Cole.  “You Ain’t Livin’ Right” is from her last recording session in November 1935.

The post Dynamic Women of Early Jazz and Classic Blues, Part 1 of 2 appeared first on Dagogo.